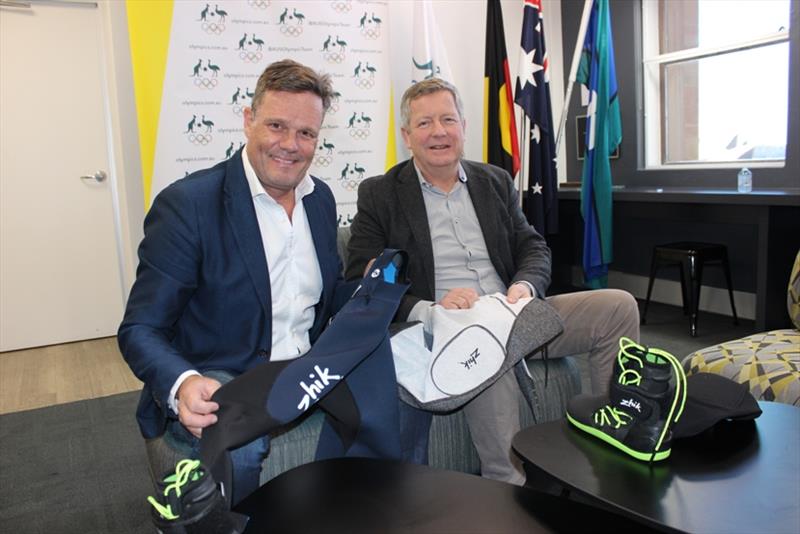 Global technical sailing and watersports brand Zhik has been named the official supplier to the Australian Olympic team. The announcement follows the company’s recent appointment as Australian Sailing’s official apparel partner for the third consecutive Olympiad.

Since its founding in 2003, Zhik has worked closely with aspiring Olympic sailors to design the best technical clothing possible. This has led to official supplier associations with the Australian, Danish, British, Singaporean and New Zealand sailing teams as well as with many medal winning team sailors including Australians Tom Slingsby, Nathan Outteridge and Iain Jensen, Matt Belcher and Will Ryan and Tom Burton. .

“We welcome Zhik to our prestigious lineup of official team partners and suppliers,” said Mr. Carroll.

“Zhik’s constant support of young athletes, from grassroots to world class level, helps them get the most out of their performance.”

“Zhik is a dynamic brand grown in Australia at the forefront of performance watersports apparel and AOC is delighted that Zhik’s innovative designs are a positive force for our sailing team at Tokyo 2020.”

Zhik CEO Piet Poelmann said the company is very happy to become an official supplier after its long history with Australian Olympic sailors.

“We are delighted to be recognized as the Official Supplier to the Australian Olympic Team. The soul of our company is a foundational approach to pushing the boundaries of wearable technology in the same way that top athletes always look for. new ways to achieve their personal goal. better. ”

“We work closely with them by listening and learning as we test our proprietary materials and designs to create cutting edge, high performance equipment to positively improve athlete performance. ”

Zhik will provide the Australian Sailing Team with clothing including high performance lightweight suits and technical equipment (depending on the needs of the sailor and the boat) and will work closely with the athletes to develop the best products to help them in their quest for medals in Tokyo.

“They are versatile enough to navigate in all conditions, which makes them a great all-rounder.”

“It was great to work with the Zhik team who are so invested in making the best water apparel.”

Will Ryan and Mathew Belcher

Will Phillips and Sam Phillips

Sinead O’Connor: The singer described his son Shane as an “extremely…